Nov. 2, 2017 ~ Seventh-graders in Jordan Billings' social studies class at Indian Trail Middle School said bye-bye to orderly rows of basic classroom desks this fall and hello to alternative seating that inspires them to focus on their studies.

"Parents found it quite unusual at back to school night," Principal Sarah Guerrero said. "As some were exiting his room, I asked what they thought about the arrangement. They smiled and said 'It's different, but my kid would totally like it'."

Switching out traditional school desks and replacing them with canvas camping chairs, a dining table and mismatched chairs, exercise balls, office chairs and sofas didn't happen overnight, and it certainly didn't occur without a lot of questions and evaluation.

The idea actually came from Billings' own students last spring. During a classroom assignment about progressive government change, the teacher asked his students how they would change their own world. Students said they would like flexible seating options and even researched reasons why this was a good idea. Billings did his own extensive research on how alternative seating, adjustments in overhead lighting, and soft background music can positively impact students.

"When Jordan came to me with the idea, I knew I wanted to support it," Guerrero said. "Based on research I had seen about flexible seating, I was excited to have someone try it because if anyone could have success with the idea, Mr. Billings could. He brings so much energy, passion and enthusiasm to his classroom every day, so this would fit his style perfectly."

Billings had answers for each of Guerrero's questions about classroom management, communication with students and parents, how to handle students who don't work well with the freedom of choosing their own seating, etc. Ultimately, "how will you know it has been an effective arrangement?" she asked.

"I have overall seen an improvement in students' attentiveness and the flexible seating is part of the process," Billings said. "The flexible seating allows groups to meet for projects and go back to single-student seating fairly easy so I can do more engaging activities which helps with students' focus."

He does ask that students start at their "home" seating position at the beginning of each class, then they may move to alternative seating once they are ready to work on projects.

"Students are used to doing their homework in various locations, so I'm playing to their comforts with this furniture," Billings explained. "Students were very cautious when they entered class for the first time and most classes did not even have a student go to the treadmill desks because it was so different than any other classroom. Once I told them the treadmill desks were for them, they lit up!"

In addition to the change in seating options, Billings' students have become used to soft music in the background and blue fabric panels hanging over some of the overhead lights. All of the changes are based on studies that show a positive impact on students' focus and productiveness.

"I have found that by playing background music students are more likely to talk in pairs and groups because it eases their fear of being overheard," Billings said. "I can also conference with groups and the music fills the space so groups keep talking and working while I move around and talk with other students. The music list I pick is upbeat and older so that students will still focus on the work at hand and not jam out to the tunes."

So far, the alternative seating in Billings' classroom has support from students, parents and the principal, and other teachers have asked many questions about how it might be implemented in their classes. 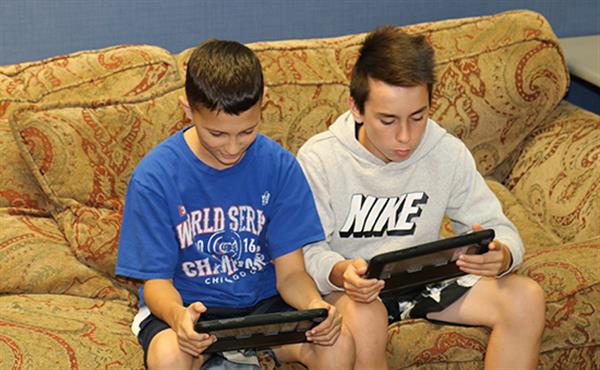 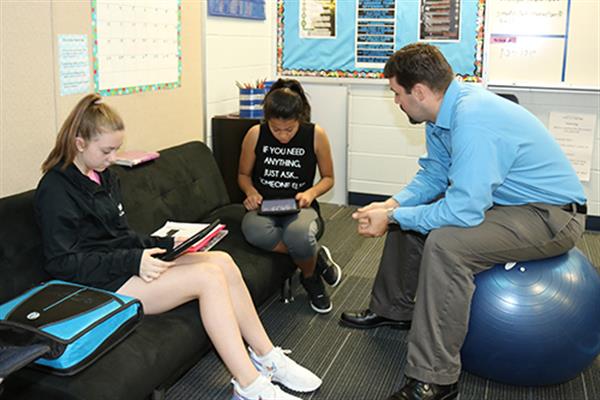 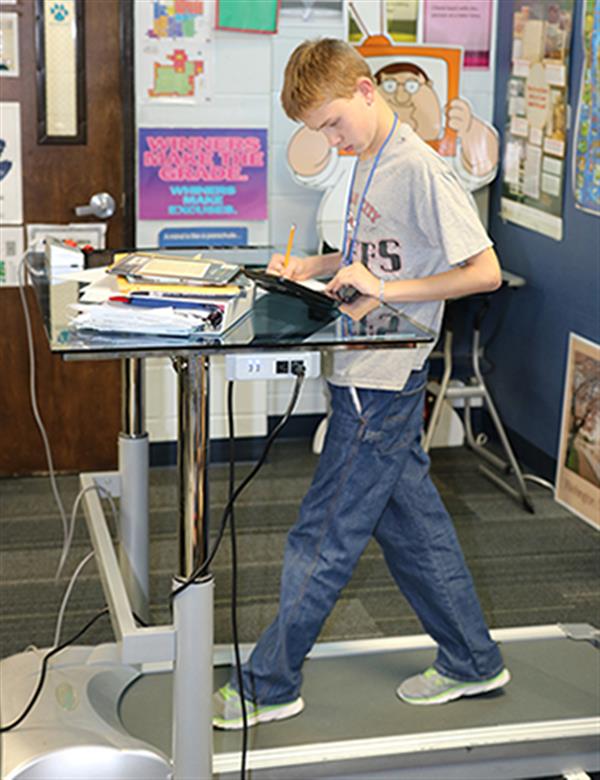 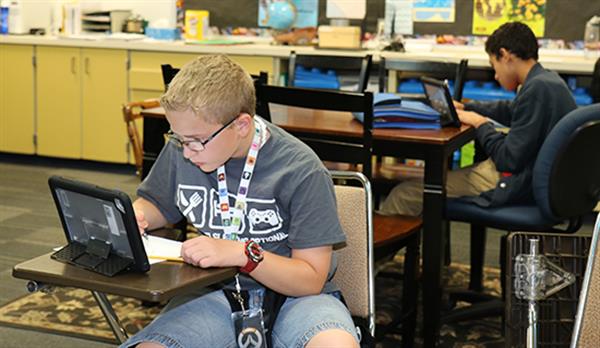