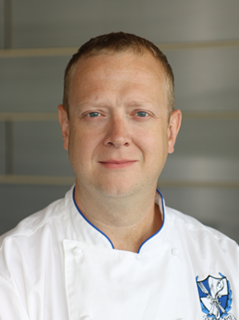 Chef Philip Shaw grew up in the Johnson County area, graduating from Shawnee Mission North High School, then went on to receive a bachelors degree from the University of Kansas. After the completion of his undergraduate studies, he went through the Culinary Arts Chef apprenticeship program at Johnson County Community College. He is now working on a masters in education. Chef Phil worked 12 years in the industry with experience in restaurants, country clubs, hotels, and corporate dining. Chef Phil has decided to pair his two passions of education and culinary arts here in Olathe. The combination of educational and industry experience allows him to help students achieve success and direction for a post-secondary education.

Alison became a Culinary I instructor in 2016. She came to Olathe Public Schools from Johnson County Community College where she was teaching Fundamentals of Baking and Advanced Baking. She is also an instructor in the Olathe North High School Family and Consumer Science department.

Prior to Ripple, Alison was the head pastry chef at Café Saint-Ex for more than four years. A Kansas native and 2003 graduate of the Culinary Institute of America, Chef Alison has also held positions at Cafe Mozu in the Mandarin Oriental Hotel and Indebleu restaurant, both in Washington, D.C.

While living and working in Washington DC, Alison was nominated for Pastry Chef of the Year by The Restaurant Association of Metropolitan Washington 2012 and 2013.

She also cooked at the James Beard House in August 2012, and was named pastry chef for James Beard's traveling Taste of America event at the Italian Embassy in September 2013.

Chef Alison grew up in Shawnee, Kan., and graduated from Shawnee Mission Northwest in 2000. 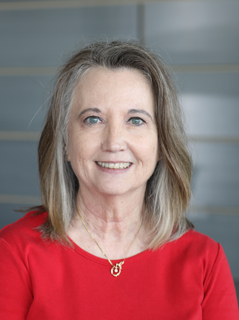 Linda Couch grew up in the Shawnee area. She has lived in Costa Rica, Spain, the Canary Islands and four other states as an adult. She studied Spanish while living in Costa Rica and has worked with Hispanics in Spain and Latin America.

Before returning to Kansas, she worked with the New Mexico Boys and Girls Ranch as a co-administrator for 13 years. She joined the Olathe School District as a paraeducator for the K-5 autism program. She was the administrative assistant for the Culinary Arts program for three years before being asked to join the staff at OATC as an administrative assistant.