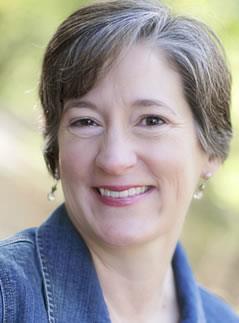 The choral program consists of six choirs. The ONW Da Capo Singers were selected by audition to perform at the 2011 KMEA Statewide In-service Workshop. Students in Pam’s choirs have performed with Kansas District and Statewide Honor Choirs, SWACDA Honor Choirs, State and National ACDA Honor Choirs, with the Kansas City Chorale, and the Kansas City Symphony. The choirs have consistently earned superior ratings at Regional and State music festivals and contests during Pam’s tenure. They earned the top award at Festival Disney as “Best in Show” in 2010 and First Place in their division at this event in Orlando, Florida. The choirs earned Superior Musical Performance and Outstanding Class awards at the Alamo Showcase of Music Festival in San Antonio, Texas in 2013.

Pam is on the music staff at Grace United Methodist Church in Olathe, Kansas. She has earned Bachelor’s and Master’s degrees in Music Education from the UMKC Conservatory of Music. Pam is in her twenty-ninth season of singing with the Grammy award winning Kansas City Chorale, and is a featured soloist on several of their recordings. Pam sang in the Robert Shaw Festival Singers in performances at Carnegie Hall, and has been an active music director and accompanist for many community musical theater events in the Kansas City area.

Pam was named the Outstanding High School Music Educator in 2011-2012 by the Kansas Music Educators Association. She served as the State Choral Chair for KMEA from 2015-2017. Pam was a semi-finalist for Kansas Teacher of the Year in the Olathe School District in 2014-15. Pam enjoys spending time with husband Brett, and their three sons.

Paula Brekken joined the choral department at ONW in 2014. Upon completion of a music education degree from the University of Missouri-Kansas City, she taught for seven years in the Missouri and Kansas public schools at the middle and high school levels. She is the recipient of the very first Prelude Award given to exceptional music teachers from the Missouri Choral Directors Association, and the Outstanding First Year Teacher Award, given by the Missouri Teachers Association. Currently, Paula is director of music at Crossroads Church in Overland Park and has been a member of the Grammy award winning Kansas City Chorale since 2001. In January 2007, Paula had the opportunity to participate in the professional choral workshop in New York through the Carnegie Hall Weill Institute, singing Bach’s “St. Matthew Passion” with conductor Helmuth Rilling. She lives in Olathe with husband Mike and their three daughters, Sonia, Risa, and Becca.