In addition, the “Inside Our Schools” competition team of Olathe East’s Katelyn Eastman, Annabelle Konen, Brooke Wetterstrom and Clarissa Worley was named as a top 10 semifinalist in the nation for their video highlighting the Olathe Public Schools’ innovative “Hire Our Own” initiative focused on developing future educators from within the district’s own student population.

The Educators Rising National Conference is hosted annually and provides an opportunity for the nation’s network of future educators and their teacher leaders to connect and learn from keynote speakers and one another, network with other members from across the country and compete for national titles in a variety of events designed to allow students to develop and showcase their teaching skills.

Emrie Wisner, incoming fourth grade student at Mahaffie Elementary School, earned third place at the 2022 Braille Challenge Finals in the Freshman (third and fourth grades) bracket. Braille Challenge is the only academic competition of its kind held in North America for students who are blind or visually impaired. Braille Institute developed Braille Challenge to motivate students to hone their braille literacy skills, which are essential to academic and employment success. Contestants are divided into five categories and tested on fundamental braille skills such as reading comprehension, spelling, speed and accuracy, proofreading, and charts and graphs.

Kevin Hulsen, Olathe West High School technology education teacher, was named the Technology Student Association’s (TSA) Advisor of the Year for the 2021-22 school year. Hulsen was honored at the TSA 44th Annual National Conference in Dallas, TX, June 26-30. TSA is a national organization of students engaged in STEM (science, technology, engineering and math). The TSA awards and recognition programs are designed to recognize the achievement and contributions of TSA members and others who support the organization.

“Your experience will allow your students to create projects that reflect their learning and help them see that achieving at the highest level is possible through hard work and dedication,” National History Day Director of Programs Lynne O’Hara said.

Winners are selected by a committee of educators and historians. The panel considers commitment to student development, creativity in the classroom and inspiring students to engage with history.

This award is sponsored by Patricia Behring, a long-time champion of classroom teachers. She sponsors this award to recognize the expertise, commitment, and hours of work teachers spend supporting young historians preparing for National History Day.

Several Olathe students were honored at the Thespys, a national competition featuring state qualifiers from all 50 states. To qualify, students must first receive a Superior at their home state thespian festival. Olathe honorees included one Showcase Performer, two Thespy winners, 18 Superior awards and 12 Excellent awards. In addition, Olathe South High School’s Guyon Grant was one of only 10 selected to perform in the Thespy Showcase. Congratulations to:

Four Olathe East High School swimmers were recently named to the 2021-22 National Interscholastic Swim Coaches Association (NISCA) All America Swimming List. In order to be considered for the All America list, swimmers must compete for an interscholastic team and be scholastically eligible as determined by their state athletic association. Congratulations to: 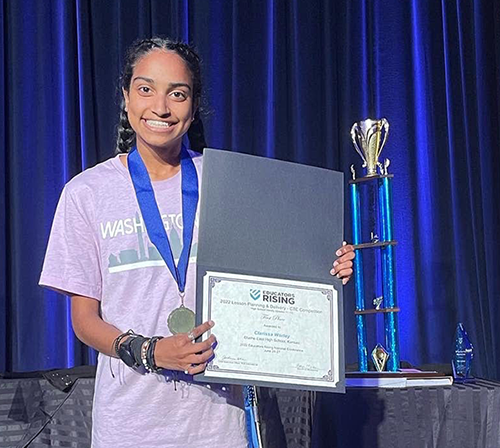 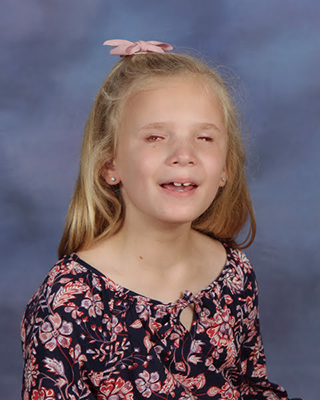 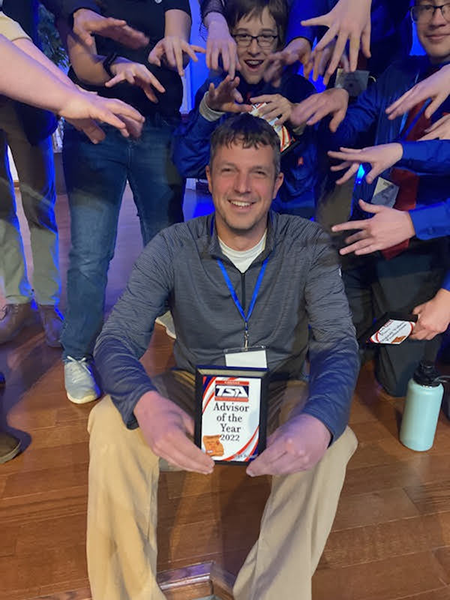 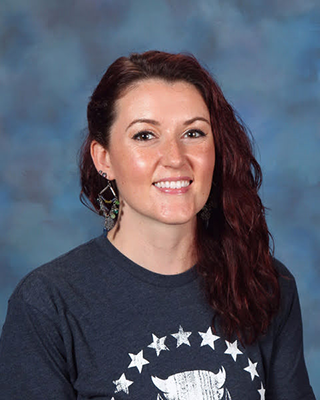 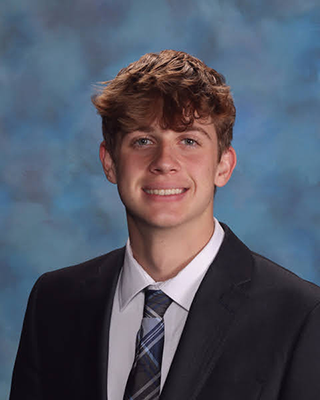 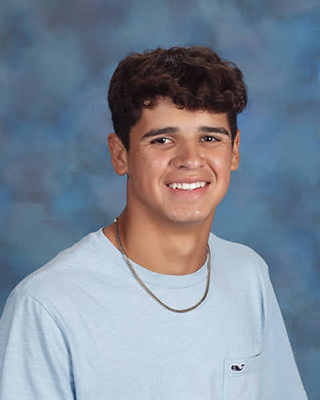 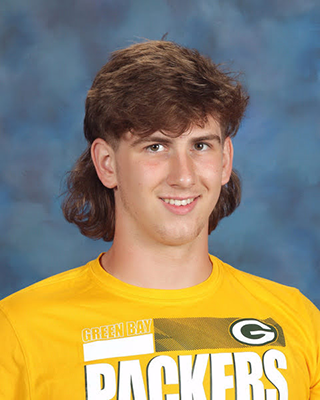 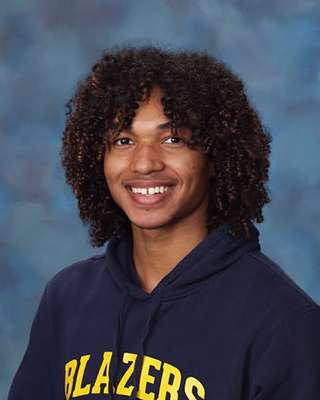