Bruce Wellman, Olathe Northwest High School Chemistry and Engineering teacher, won the Northrop Grumman Excellence in Engineering Education Award by the National Science Teaching Association. This award recognizes excellence in the field of engineering education. Wellman received $5,000 for classroom materials and equipment, a cash prize of $3,000 and $2,000 to attend the NSTA National Conference on Science Education. Wellman is a part of the teaching team for the 21st Century Engineering Academy.

The 2022 NSTA awards program honors K-12 teachers, principals, professors, and other science education professionals for their outstanding work and achievement in science education. Awardees were recognized at the NSTA National Conference on Science Education in Houston, Texas on April 1.

The Olathe Public Schools Graphic Communications department won a 2021 Bronze In-Print Award, one of the highest honors in the international printing community, for the Olathe West High School commencement program. The In-Print contest is sponsored by In-Plant Printing and Mailing Association in conjunction with In-plant Impressions magazine. The Graphic Communications department was one of the only K-12 school systems to receive an award, competing against several national and international corporations and organizations.

Olathe North High School sophomores Nathan Montemayor and Madison Reseigh were named members of The Coterie’s 30th annual Young Playwrights’ Roundtable. In the Roundtable, members will have the opportunity to meet and discuss their developing plays in a series of working sessions held on Sunday afternoons at The Coterie Theatre at Crown Center in downtown Kansas City. Some of the plays developed from the Roundtable will receive a production or a staged reading on The Coterie’s mainstage in the spring. Professional directors will assist the playwrights as their work is taken from the page to the stage and other members of the Roundtable will star in the student playwright’s work. Montemayor and Reseigh are both apart of the Distinguished Scholars 21st Century Academy.

“Congratulations to Joe and Isobel! They have worked hard and prepared and now it has paid off. There is still so much for these two students to do, and we are excited to see what is next,” Olathe North Principal Jason Herman said. “Also, a shout out to the Olathe district staff. Joe and Isobel’s success is predicated by the work of their teachers from kindergarten all the way to their arrival at Olathe North. Thank you to this community for supporting these amazing kids.”

The ACT exam contains multiple-choice tests in four areas: English, mathematics, reading and science. This score is often submitted in college and scholarship applications. Nationally, while the actual number of students earning a composite score of 36 varies from year to year, less than one-tenth of 1 percent of students taking the ACT earn a top score.

Elniff has taken over 30 students to the National Experimental Biology Conference to present their research and was also the head coach of the Science Olympiad team from 2016 to 2021, winning multiple regional and state titles. He has also worked to develop relationships with local and regional scientific resources for his students, including the University of Kansas Edwards campus, the University of Kansas Schools of Medicine and Pharmacy, University of Missouri-Kansas City, Cerner, Ronawk, and the Stowers Research Institute. Since 2019, Elniff has mentored students in the Battle of the Brains competition, and in 2022, a team of his seniors finished in the Top 20. Elniff has also entered teams in the Night At The Lab competition hosted by the University of Kansas School of Medicine, and his students won the state titles in both 2020 and 2021.

Jordan Boyd, Olathe West High School social studies teacher, is one of two teachers from Kansas who have been nominated for the Patricia Behring Teacher of the Year award. Boyd has been nominated in the senior division of the National History Day Contest. The award is sponsored by Patricia Behring in recognition of the pivotal role teachers play in the lives of students.

Every nominee for the $10,000 award is a teacher who demonstrates a commitment to engaging students in historical learning through the innovative use of primary sources, implementation of active learning strategies to foster historical thinking skills, and participation in the National History Day Contest. All nominees will receive $500 as a result of their nominations.

“This award recognizes the very best educators from across the nation and beyond,” said National History Day Executive Director Dr. Cathy Gorn. “These educators are leaders and innovators in the teaching of history, and we are all the more impressed because of the extended difficult teaching circumstances due to the pandemic during the last year. I wish to congratulate both Mrs. Smith and Ms. Boyd on their well-deserved nominations.”

The national winner will be selected by a committee of experienced teachers and historians, and announced on Saturday, June 18, 2022, at the National History Day National Contest Awards Ceremony to be held virtually. Nominees’ work must clearly illustrate the development and use of creative teaching methods that engage students in history and help them make exciting discoveries about the past.

The 2022 Educators Rising National Conference is scheduled to take place June 24-27, 2022, in Washington, D.C. They will be able to compete for national titles in their respective competitive events designed to allow students to develop and showcase their teaching skills. Students will be able to connect with other students through breakout sessions, network with other members across the country, and be inspired by keynote presentations from national education leaders.

The Olathe Northwest High School 1710 Robotics team led by coach Andrew Taylor has earned several prestigious awards both as a team and individually, as well as earned second place in two regional competitions.

In late March, at the Greater Kansas City Regional in Lee's Summit, Mo., the team and their robot competed hard throughout qualifications and was selected by the No. 2 overall robot to be part of their playoff alliance. After an intense afternoon of problem solving, the team earned second place in a tie-breaking third match.

Additionally, junior Rahi Dasgupta was recognized as a Dean’s List Finalist. Dean's list students are great examples of current student leaders who have led their teams and communities to increased awareness for FIRST and its mission while achieving personal technical expertise and accomplishment. Dasgupta is the third Dean's List Finalist from Team 1710 in the last three years.

The team also earned the most prestigious award at FIRST – the Chairman’s Award. It honors the team that best represents a model for other teams to emulate and best embodies the mission of FIRST. FIRST stands for “For Inspiration and Recognition of Science and Technology.” FIRST aims to inspire students to pursue futures in engineering and science by providing them with hands-on experiences. It was created to keep the central focus of FIRST Robotics Competition on the goal of transforming the culture in ways that will inspire greater levels of respect and honor for science and technology, as well as encouraging more of today’s youth to become science and technology leaders. This is the 9th Chairman's award in Team 1710's history. Winning this Chairman’s Award qualifies Team 1710 for the FIRST Robotics World Championships in Houston, Texas.

In early April, the team traveled to the Rocket City Regional in Huntsville, Ala., where they earned second place among the finalists and were given the Excellence in Engineering Award, a first in school history. The Excellence in Engineering Award celebrates teams that demonstrate a professional approach to the design process, and whose design is elegant and advantageous on the field of play. This award is widely recognized as the most prestigious robot quality award a team can win.

Team 1710 will next compete at the World Championships in Houston from April 19-April 24. The team will be vying for both an international Chairman's award and to be crowned the best robot of the 2022 FIRST Robotics season. 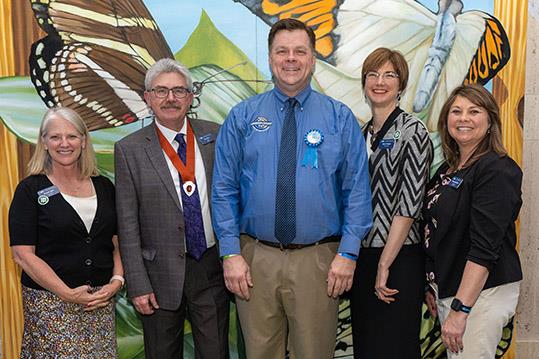 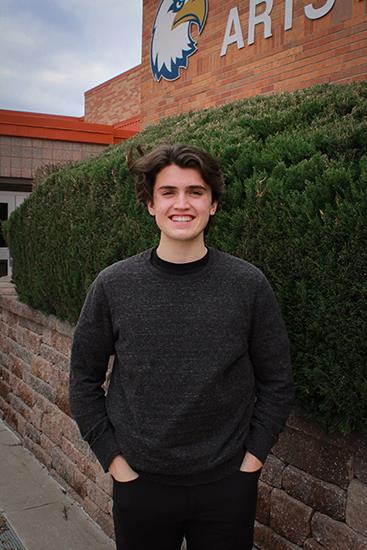 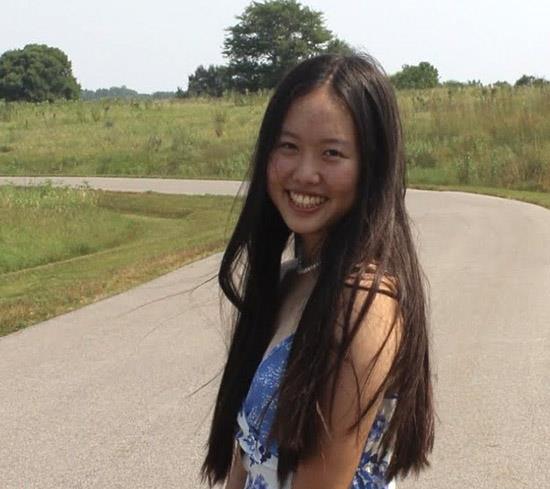 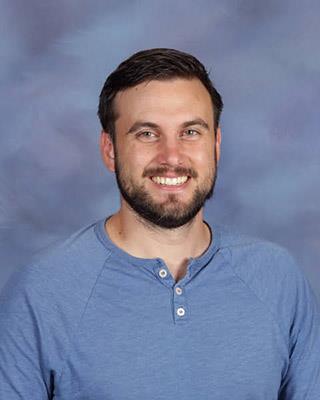 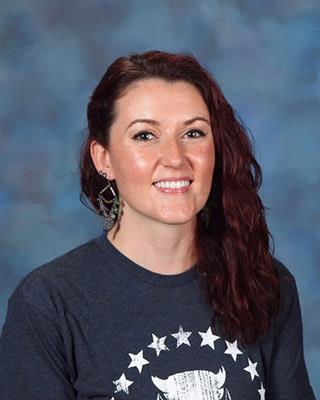 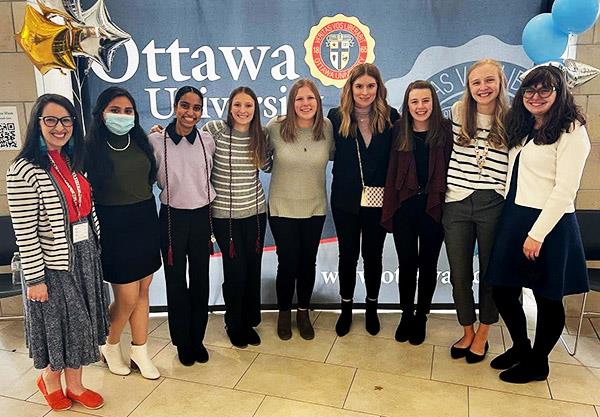 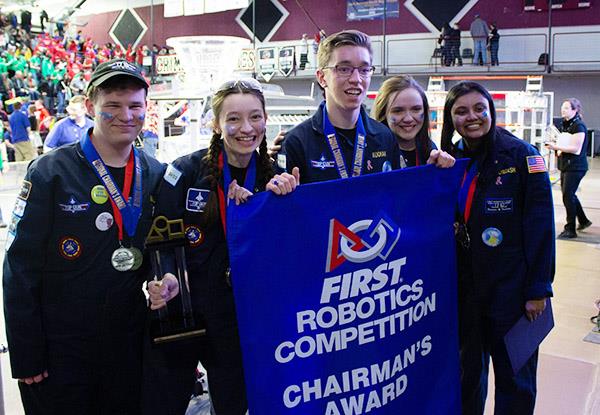 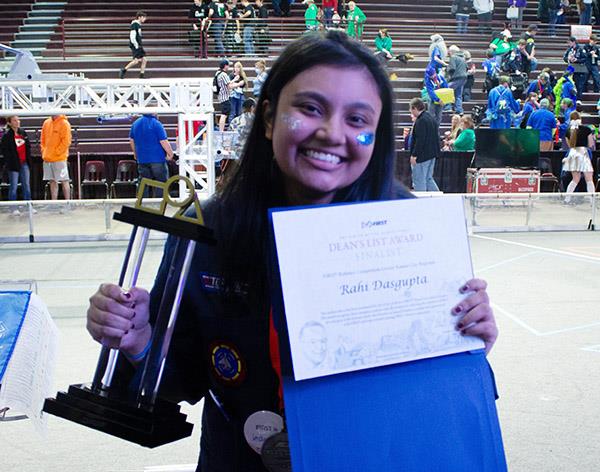