“We are certainly honored that U.S. News has again recognized the quality of the education our students experience at Olathe Northwest,” Principal Chris Zuck said. “ONW is special because of the students, staff, parents, and community who have high standards and expectations, as well as an equally significant support of ONW and belief in education.”

One of Olathe Northwest High School’s values is to create a “Raven Family Atmosphere” where staff and students work hard “to be a safe and caring school where every student can flourish and have a positive experience.”

The rankings include data on nearly 24,000 public high schools in 50 states and the District of Columbia. Nearly 18,000 schools were ranked nationwide on six factors based on their performance on state assessments and how well they prepare students for college.

Chess players from across the U.S. competed in different divisions based on their current ratings. In the K-12 Under 1,600 division, Jain placed 15th in the nation, placing first from Kansas. He placed third in the Blitz K-12 1,400-1,499 division, also placing him in the top spot in Kansas.

The U.S. Chess Federation is the official U.S. membership organization for chess players and chess supporters of all ages and strengths, from beginners to Grandmasters. Their mission is to empower people through chess one move at a time.

“Your selection to the All-State Academic team is in recognition of a stellar high school career and the great promise we see in you as you begin the rest of your life,” The Topeka Capital-Journal education reporter Rafael Garcia said.

Raval and Yan are two of 40 students that will be honored in a story to be published online in The Topeka Capital-Journal, The Hutchinson News and The Salina Journal, as well as the print editions of those newspapers.

In this initial year, 590 applications were received across the 34 different scholarships. Students were selected based upon an assessment of several criteria including community service, academic achievement, activity achievement, breadth of school activity participation and financial need.

Kaur received a scholarship in the debate category. She plans to attend the University of Kansas where she will major in Global Studies or Political Science with a double minor in Business and Spanish. She plans to go to law school after college and earn a master’s degree in Public Administration in a joint MPA and JD program.

Westview Elementary School was named one of the 2021 Challenge Award recipients by the Confidence in Kansas Public Education task force. Ninety-two schools were named across the state for outstanding achievement and uncommon accomplishments based on Kansas Assessment results in math and reading. The awards recognize Kansas schools that are making a notable difference in student achievement despite facing significant challenges in their school population. Winning this award is due to the amazing staff and students at Westview Elementary School.

Silva was one of the top three winners for her Kindest Kansas Citian essay entry. She nominated Valerie McGee, Ridgeview Elementary School English language learner teacher, who helped her and her siblings out in a crisis. McGee has been a part of the Ridgeview Elementary School team since 2008. Mammeri nominated his mother’s friend due to her impactful role in his life and generosity to the community.

Silva and Mammeri both had the opportunity to attend the Kindest Kansas Citian awards ceremony where they read their essays in front of 400-plus event attendees at the Hotel Intercontinental in Kansas City, Missouri.

Two Olathe schools’ Kansas Association of Youth (KAY) clubs received a “Be the Spark” grant from the Kansas High School Athletic Association in partnership with Kansas Blue Cross and Blue Shield. Students had to submit projects that focused on encouraging health and wellness. Twenty-three school clubs were awarded funds across the state of Kansas.

Summit Trail Middle School was awarded a $5,000 grant to build a new trail connecting to 119th Street. Olathe South High School received a $5,000 grant to build an outdoor learning space. Both grants were given “for understanding the value of a healthy lifestyle by seizing the opportunity to raise an awareness amongst their peers regarding the importance of being physically active, mentally healthy, and by having nutritional eating options… for creating a new environment in their community that will play an important role in helping achieve a healthier tomorrow for Kansas.”

The two KAY clubs were surprised with the news on May 9 at the KSHSAA building during a grant announcement.

All five Olathe high schools were nominated at the Blue Star Awards, which is an educational musical theatre awards program recognizing students for their work sponsored by Starlight Theatre and Blue Cross and Blue Shield. Olathe theatre programs received 48 nominations in 21 categories. With 210 nominations across 24 categories metro-wide, Olathe Public Schools students accounted for 23% of all nominations. The Blue Star Awards will be awarded on Thursday, May 26, 2022, at Starlight Theatre.

Outstanding Actor in a Leading Role:

Outstanding Actress in a Leading Role:

Outstanding Actress in a Featured Role:

Outstanding Artistic Contribution by a Student:

Outstanding Actor in an Ensemble Role:

Outstanding Actor in a Supporting Role:

Outstanding Actress in a Supporting Role:

Nine Olathe Public Schools freshmen were named KC Scholars in the College Savings Match program. Awardees are eligible to earn 1:1 match on college savings, not to exceed $1,000 and up to $400 for achieving college-ready milestones during high school.

KC Scholars is an organization that creates life-changing opportunities for thousands of individuals and is positively transforming the region’s workforce and economy by continuing its support for postsecondary attainment. 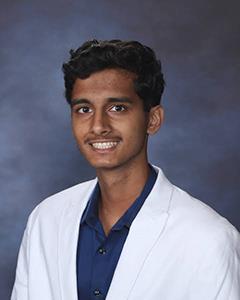 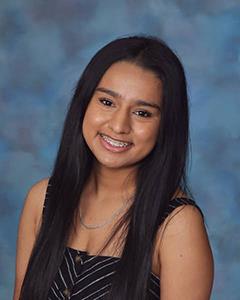 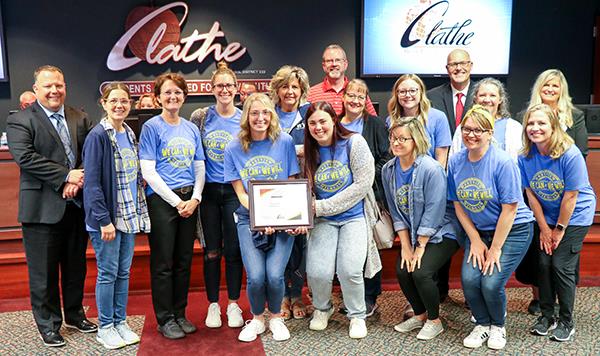 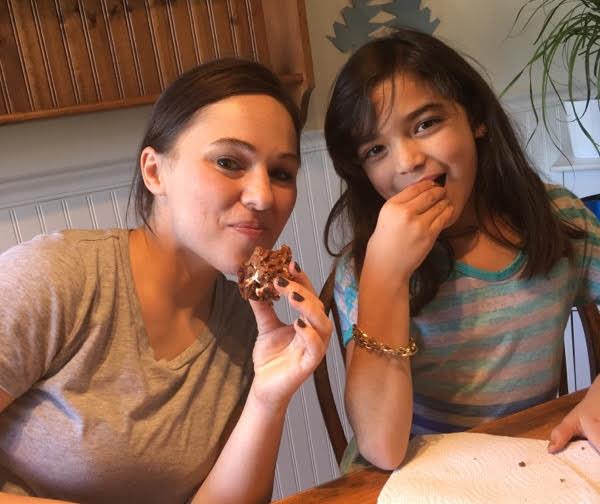 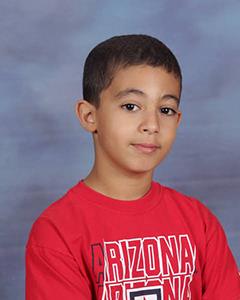 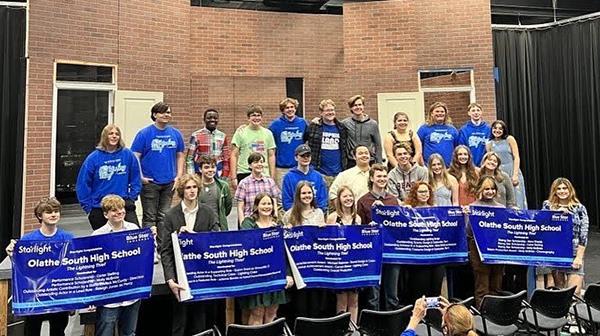 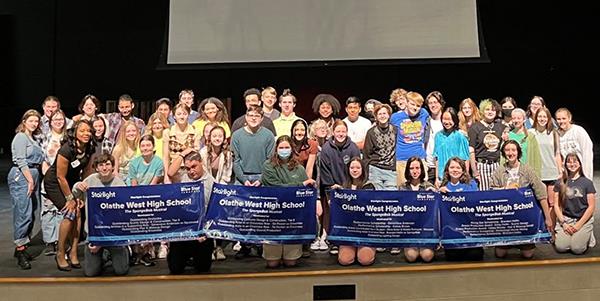