Alisha Morris, Olathe West High School theater teacher, has achieved the highest professional credential a teacher can earn: a certification from the National Board for Professional Teaching Standards. Morris has taught for nine years and is proud to represent Olathe Public Schools on a national level.

"Alisha has shown an incredible dedication to her craft of the arts and theater through the rigorous process in order to be nationally certified,” her principal, Jay Novacek said. “This designation is a reflection of what we witness each day as Alisha works with our students at Olathe West. I am proud of Alisha and her accomplishment for completing this difficult and rare feat.”

Lisa Frahm, Manchester Park Elementary fifth grade teacher, has received her renewal of the National Board Certification. Renewal ensures that nationally board-certified teachers are continuing to align with the National Board for Professional Teaching Standards’ core principles in their certificate area. Frahm is in her 37th year of teaching and is honored by the renewal of her certificate.

"Lisa Frahm is an outstanding teacher who exhibits her love for teaching every single day,” Manchester Park Elementary principal Jenny Steele said. “Every visit to Lisa’s classroom shows students engaged and excited about content and the instructional activities she implements. Her enthusiasm for the success of students and fellow colleagues shines through daily.”

National board certification takes from one to three years to complete and is recognized nationwide as a model for identifying accomplished teaching practice.

Outstanding Educator Awards are given to staff members who go above and beyond for their students, continually show improvement and success in their specific area of education and have been teaching for at least 10 years. The Honor Administrator Award recognizes administrators who have demonstrated continuing leadership in developing, improving, and supporting music education.

Stewart, McElwain and Stoskopf received their awards at the ECKMEA Mini-Convention in December.

Several Olathe elementary, middle and high schools are among the top 25 public schools in Kansas to be ranked by U.S. News & World Report for its 2021 Best Schools Rankings by state. Schools are ranked on their performance on state-required tests, graduation, and how well they prepare their students for high school. U.S. News & World Report used data from official third-party sources to rank the high schools within their own district, metropolitan area, state and nationwide.

At the festival, International Thespian Excellence Awards are given in categories including Solo and Group Acting/Musical Theatre, Lighting and Sound Design, Stage Management, Costume Design, and Construction, among others with Superior being the highest honor. Thirty-three superior awards were given to Olathe students. Students who earn a superior at state qualify for the International Thespian Festival, which takes place in June. 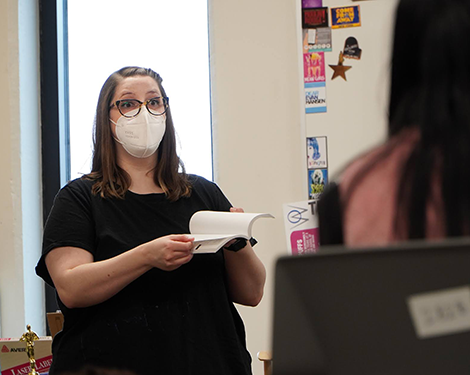 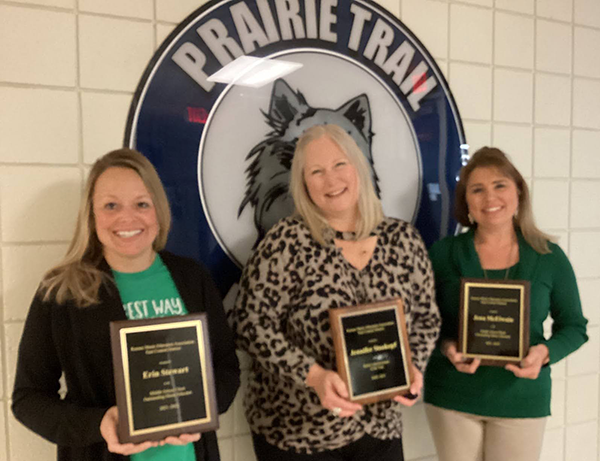 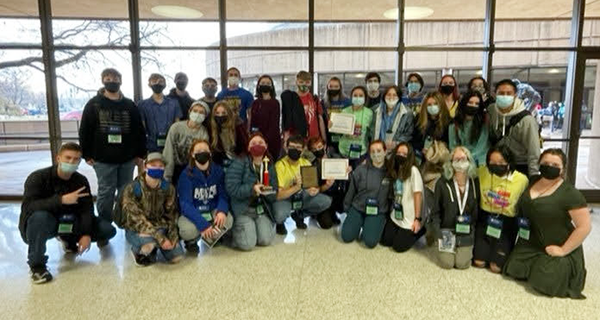 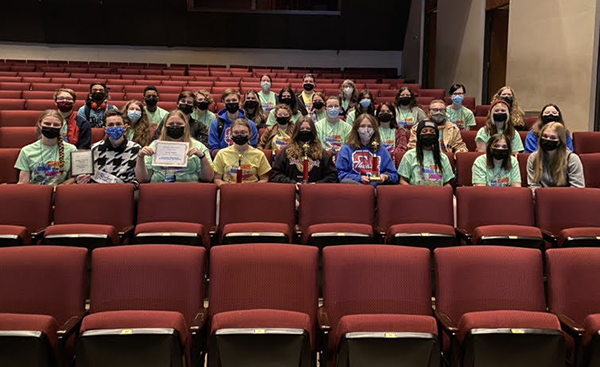 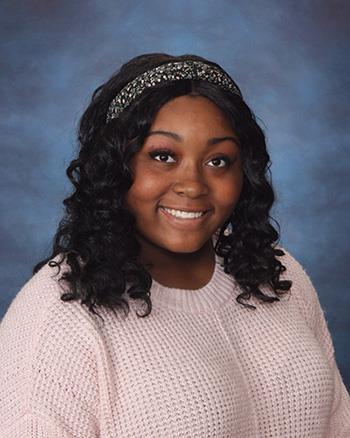