1-15-20 — Student Gives Back to Orchestra Programs

Cello racks hold four to six cellos and are particularly expensive pieces of equipment. Similar to other instrument racks, cello racks are designed to prevent damage to cellos when not in use.

Designing blue prints through a computer program, Weaver organized the process and built four cello racks for use in schools. At the beginning of the 2019-20 school year, Weaver met with Detrick to share his completed work.

“These are top-notch designs and rival cello racks the district owns which are manufactured by nationally-known companies,” Detrick said. “The cello racks are beautiful and will get a lot of use for years to come.”

“I believe all of this was made possible because of Mr. Detrick’s guidance, instruction and enthusiasm,” said Ashton’s dad, John Weaver. “It was a long process that at times seemed to have five balls in the air at once but Ashton managed the process from start to finish. We are pleased with the result and are delighted that these racks are currently in use and appreciated.”

Weaver will audition for the orchestra at Kansas State University later this year. 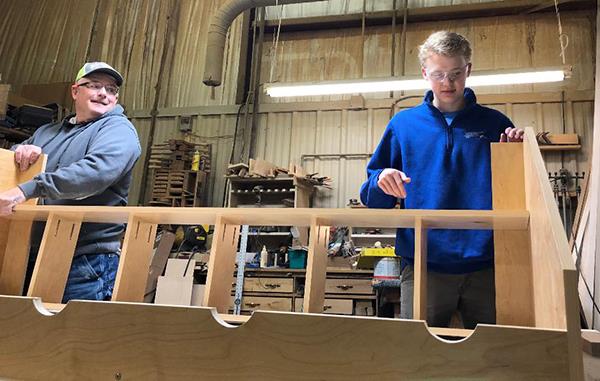 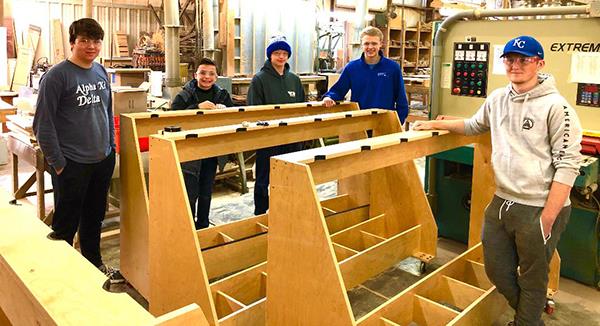 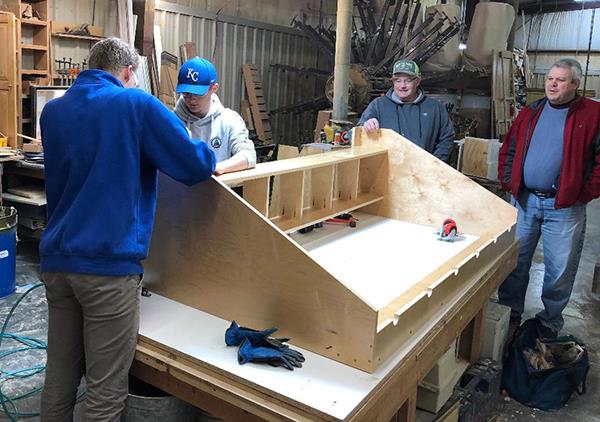 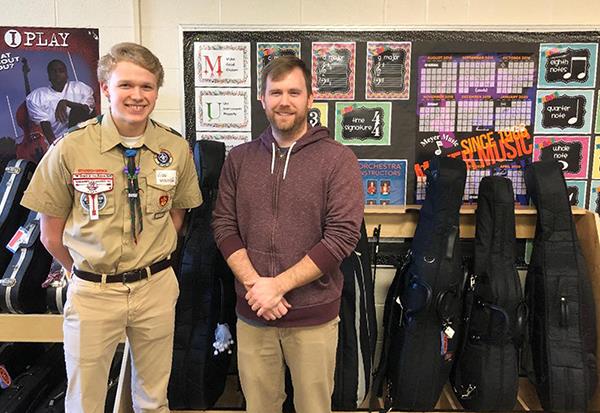 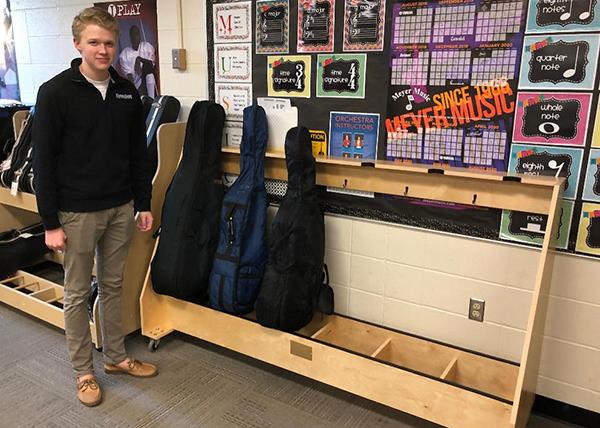 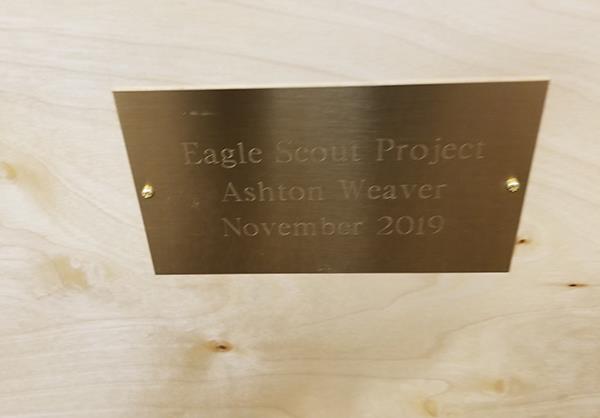