Oct. 14, 2021 ~ The Olathe Public Schools Alumni Association Wall of Honor dinner returned Oct. 6 to recognize four outstanding alums and one Distinguished Person of Honor. These individuals were selected to be honored in 2020, but the ceremony was postponed a year because of COVID-19. A smaller audience enjoyed a modified event at the Ball Conference Center.

Ralph O. Bray Jr., Olathe High School Class of 1961. Capt. Ralph O. Bray Jr. gave his life for his country. A year after graduation, Ralph enlisted in the U.S. Army. He excelled as an enlisted man and became part of the Honor Guard in Washington, D.C., which included serving the Kennedy White House. One role was to usher dignitaries at St. Matthew’s Cathedral for President Kennedy’s funeral. In 1964, Ralph received an appointment to Officer Candidate School, followed by airborne school, and leaving for his first tour in Vietnam in 1967. He served as an advisor to the South Vietnamese Army and was in Hue at the Citadel in 1968. He returned stateside for more training, and in 1969 received orders to return for a second tour in Vietnam. Ralph was assigned as the commanding officer for Charlie Company 1/52nd, 198th LIB, Americal Division (23rd Infantry) located at L.Z. Stinson. On July 12, 1969, Charlie Company was setting up a night lager when an unexploded booby trap was set off mortally wounding Ralph and several others. He died on the helicopter heading to the hospital. Those who knew Ralph described him fondly with words like “respected,” “disciplined,” “leader,” and “in charge.”

Kiel Johnson, Olathe South High School Class of 1993. Kiel’s artistic vision brings inanimate things to life and can turn cardboard tubes into a printing press, or empty boxes into a miniature city as the star of a short film. As a student at Indian Trail Junior High and later at Olathe South High School, Kiel’s paintings, sketches and sculptures were often seen in hallways, classrooms or yearbooks. His talents were honed at the University of Kansas and California State University where he earned degrees in fine arts including sculpture, drawing and painting. Using simple materials and ingenuity, Kiel brings art to life for everyone who engages in his artist workshops, talks and collaborative video projects. In addition to creating 3D works that capture everyday life, Kiel also is a master of drawing with ink on paper. His art has earned the Pollock-Krasner Foundation Grant, and the Durfee Foundation’s Artists’ Resource for Completion grant, as well as the Outstanding Creative Achievement Award from California State University, Long Beach. One nominator said Kiel lives in a world of “what ifs,” and another referred to him as a “cardboard engineer” who makes what he sees in his mind and then shares those creations in galleries and exhibits.

Brandi (Wright) Leggett, Olathe North High School Class of 1998. Communication is one key to Brandi’s success as an educator. It started when she created the Power of the Pen writing project for students in her first teaching assignment in Pennsylvania and continues today in her role as principal of Central Elementary School.  Implementing the Darren Sproles Essay Contest at Central is one way she teaches students the power of good writing. Combining strong leadership qualities exhibited as a young student with her in-depth knowledge of education, Brandi has authored articles in various professional journals, provided training workshops for teachers, and co-presented to members of the Kansas House and Senate educational committees. She’s also presented to the Kansas State Board of Education on multiple topics. This resourceful and compassionate educator was a finalist for the Kansas Teacher of the Year award, received the Presidential Award for Excellence in Mathematics and Science Teaching, and earned certification from the National Board for Professional Teaching Standards. Colleagues consider Brandi a good team builder with a strong work ethic who works hard to maintain a one-on-one relationship with her students, even while serving on leadership teams at the state and national levels.

Ray Motes, Olathe High School Class of 1960. Ray’s love of speed came at an early age when a scooter in sixth grade eventually led to racing cars as a high school senior. With the mentoring of Olatheans Earl Weaver and Bill Kline, and high school teacher Howard Smethers, Ray broadened his love of cars to include body and mechanical work. Longtime Olathe teacher Ralph Dennis instilled in Ray a sense of humor that helped him through tough situations in life. In 1965, Ray set the American Hot Rod Association (AHRA) record and won his first world championship. From then through the mid-1990s, Ray competed in several racing categories: AA altered, gas and fuel dragsters, fuel and alcohol funny cars. He was one of the first drivers to reach 240 MPH in a fuel funny car. In his career, Ray earned a total of five world titles from the AHRA, National Hot Rod Association (NHRA) and American Drag Racing Association. He received the Lifetime Achievement in Drag Racing Award from the Heartland Hot Rod Association. Ray was inducted into the NHRA Division 5 Hall of Fame in 2001 and into the International Drag Racing Hall of Fame in 2012.

Distinguished Person of Honor Dr. Alison Banikowski. During her 34-year career with the Olathe School District, Alison (or Dr. B. as she is affectionately known) served as a teacher, assistant principal, principal, director, and assistant, associate and deputy superintendent before retiring in 2017. Whether she was teaching in special education, opening Indian Creek Elementary as its principal, or preparing professional development opportunities for educators, Dr. B. put her sense of humor and enthusiasm into everything. Some of her primary goals were improving achievement for all students, supporting the district vision and mission statements as well as staff guiding principles, and initiating the Summer Conference professional development series. Dr. B. initiated an on-site master’s program for beginning teachers with Emporia State University and was a pioneer of the 21st Century High School program. She helped guide the district through a restructuring of the secondary grade levels to create a 6-8 middle school and 9-12 high school format. Even in retirement, Dr. B. supports the school system and community through her involvement in the fine arts programs, speaking to students, working with local universities, and raising funds for breast cancer screening, care and research as a breast cancer survivor. 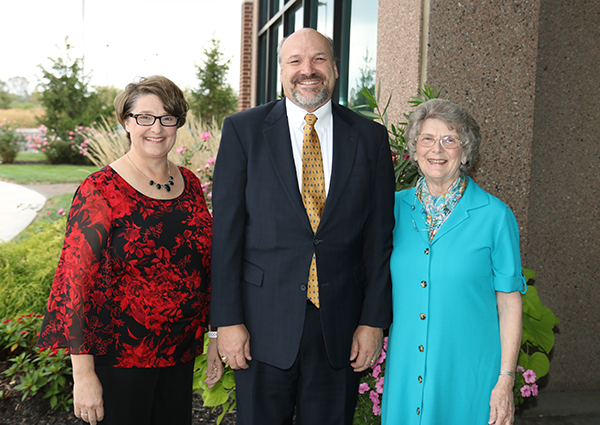 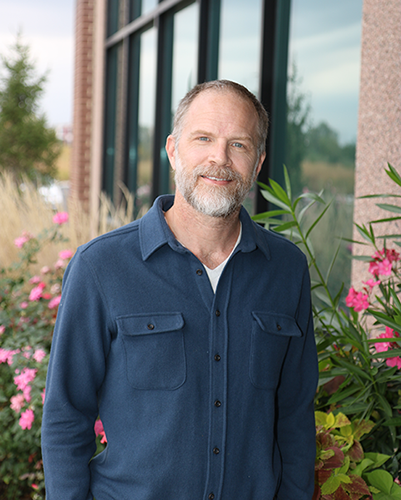 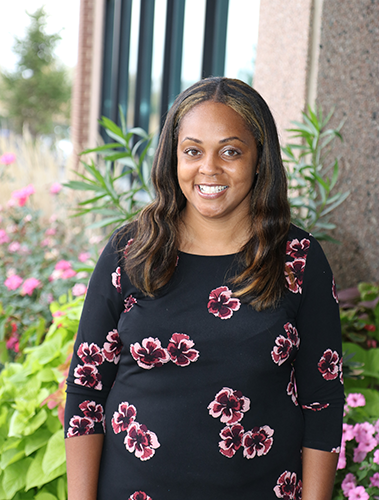 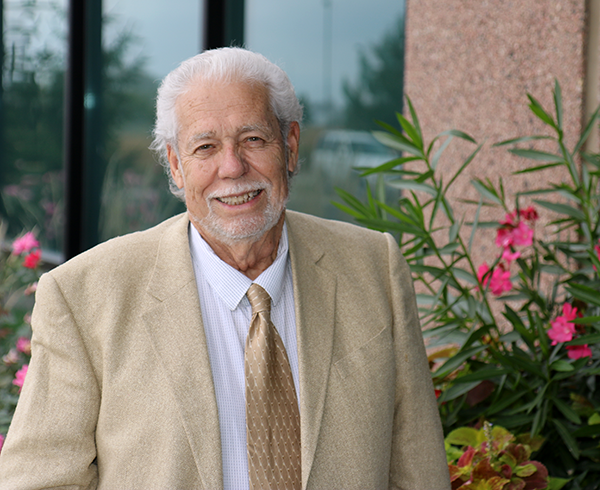 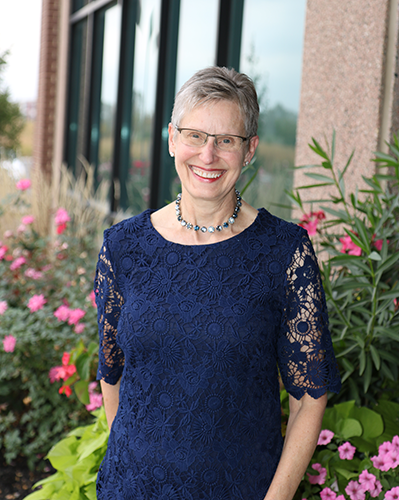 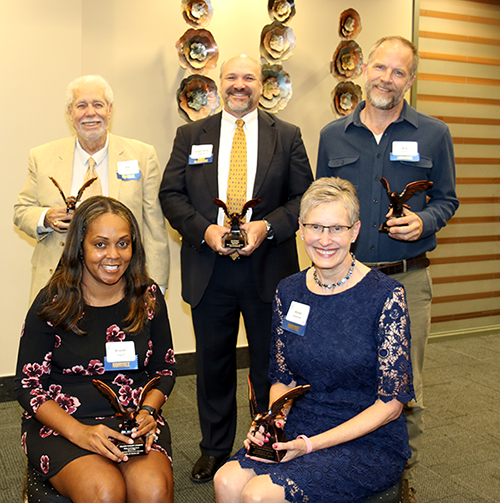