Feb. 24, 2020 ~ Thanks to NASA and the Cosmosphere in Hutchinson, Kansas, some Oregon Trail Middle School sixth-graders may become future space explorers, scientists or engineers. The school recently hosted one of 12 traveling exhibits from the Johnson Space Center so students could immerse themselves in what it was like to support one of the Apollo moon missions.

“This was a wonderful opportunity for our students at Oregon Trail,” sixth-grade science teacher Jessica Sadler said. “They had the ability to interact with a true piece of history. For many of them, this may be as close as they ever come to something directly from NASA. We are very fortunate the Comosphere and NASA made this possible.”

Sadler was one of 100 teachers selected by the Kansas State Department of Education to meet with NASA professionals from the Johnson Space Center last August. She had earlier traveled to the Houston center with the GeoScience Academy from Olathe North High School.

Actual pieces of a mission control console were set up in the library media center at Oregon Trail for three weeks so students could watch video interviews with individuals who worked in mission control, read bilingual descriptions of space exploration, and see pages from actual flight manuals. The Apollo Redux exhibit was provided through a $650,000 grant from NASA to the Cosmosphere to promote space exploration through hands-on and classroom activities.

As part of the visit, Sadler and her students committed to classroom lessons provided by the Cosmosphere that were aligned with common core, International Society for Technology in Education, and Next Generation Science Standards. Sadler also took a survey to help the Cosmosphere evaluate the exhibit’s success.

“As a teacher, I want to help students make connections and various pathways in their learning,” Sadler said. “The NASA exhibit has been a nice extension to our thoughts on space and future job connections.”

Her students used mission control simulators in class to better understand the idea of what each role entails on a mission. They studied the four teams of a mission: launch, payload, reentry and landing. They built a track to “launch” a payload to Mars (marble on a track at least 60cm in length). One team had to figure out how to power the launch to make it all the way to its destination, but not so much power that it crashed. Another team focused on how to safely stop the “reentry” process and get an automated photo.

“This was truly wonderful for students to connect their ideas, share with others, compromise, and understand the truly difficult nature of working with so many people to achieve one task,” Sadler said of the exercise.

Although the Apollo Redux exhibit has moved on to another city, its impact on Oregon Trail students will continue. Sadler and fellow science teacher Richard Kessler plan to revisit this experience as their students explore space, moon patterns, etc. in coming months. They also want to do an enrichment project on rocket launching during their force and motion unit this spring. 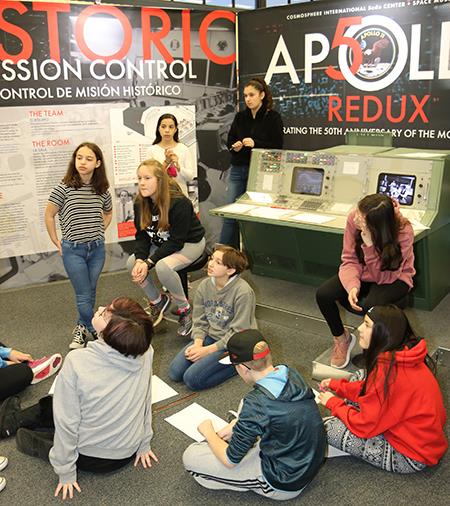 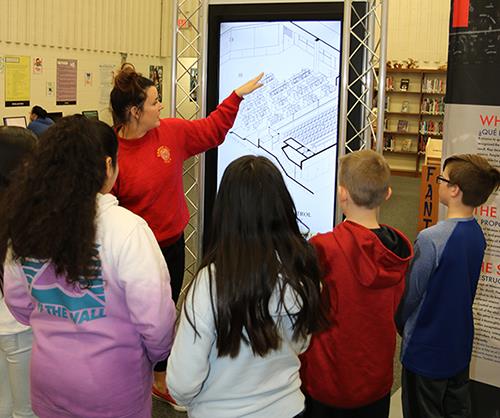 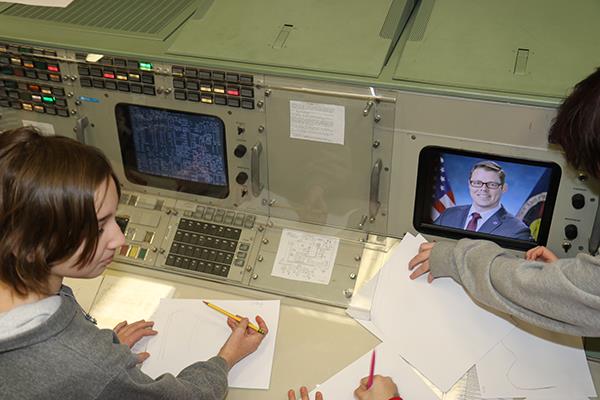